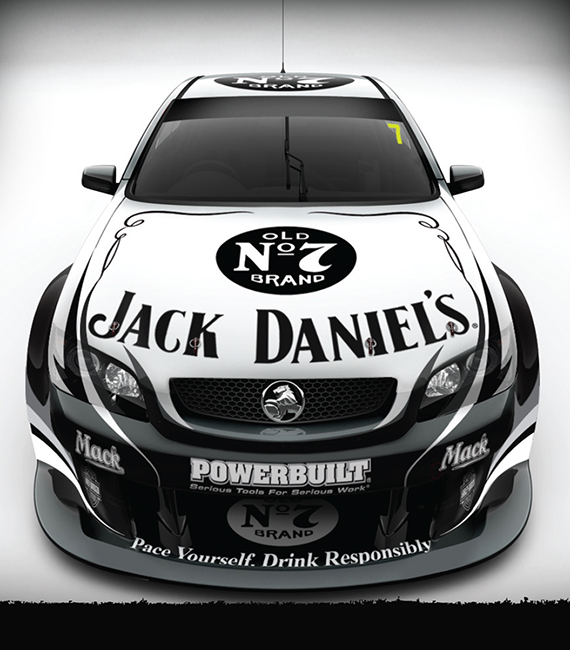 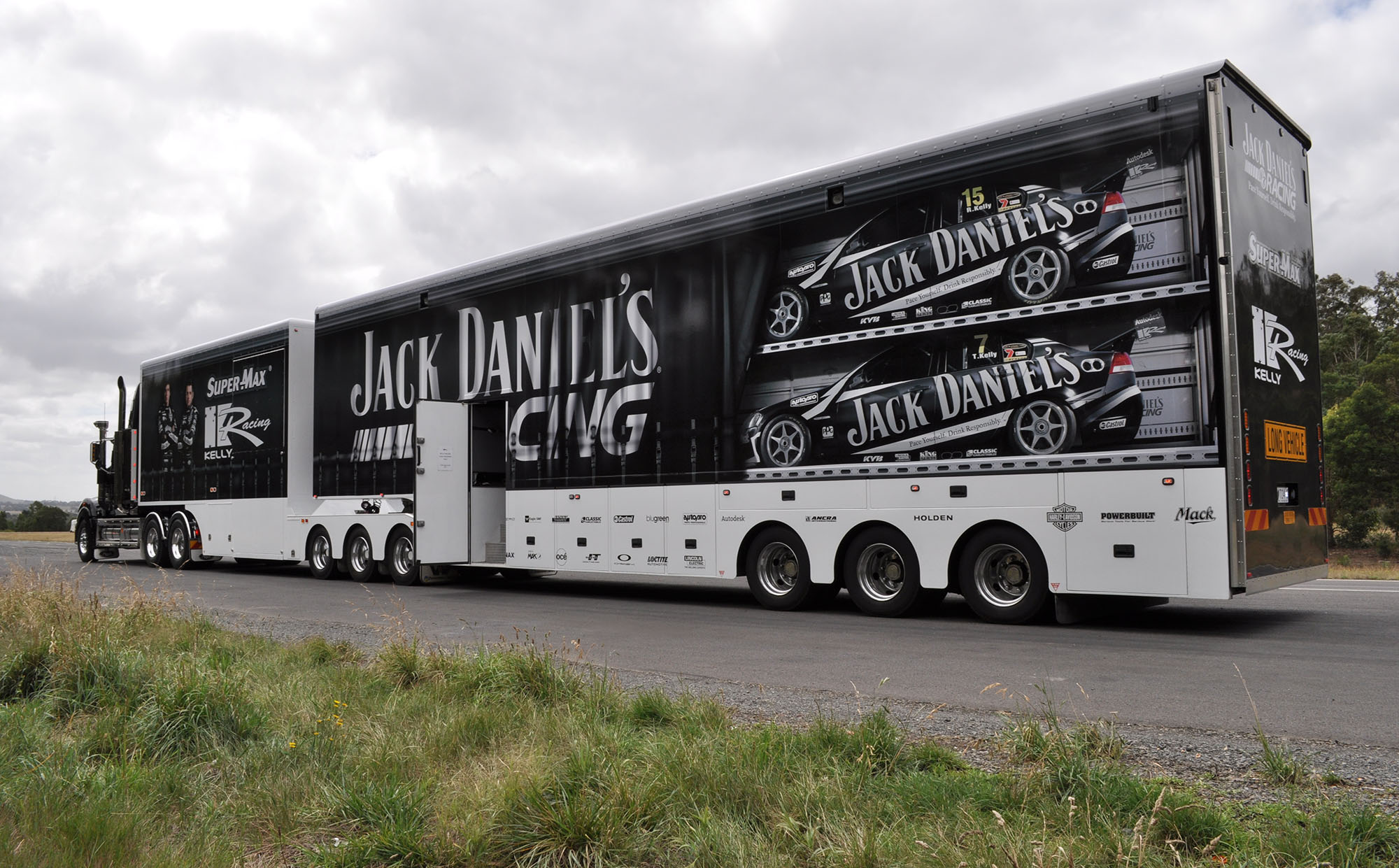 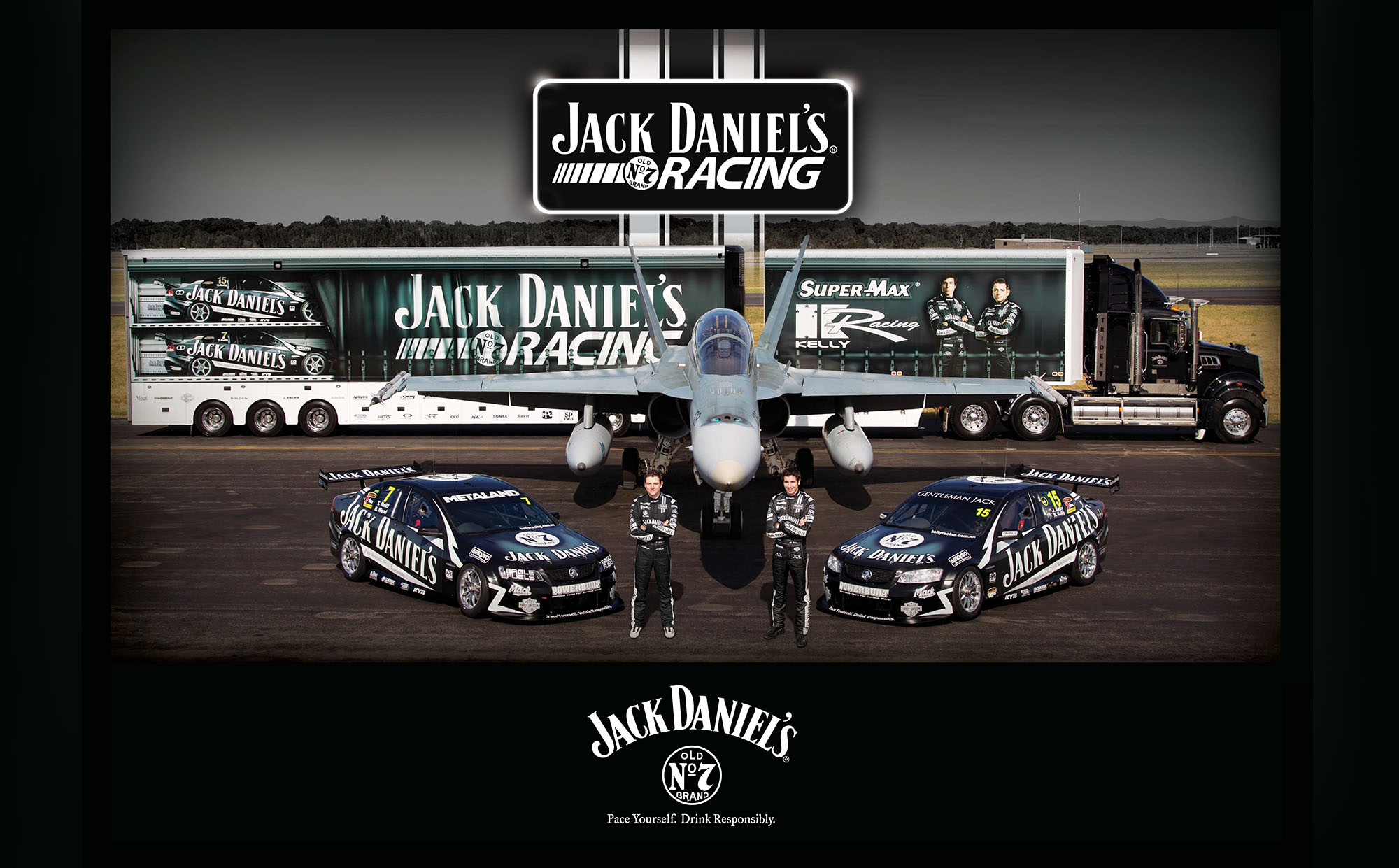 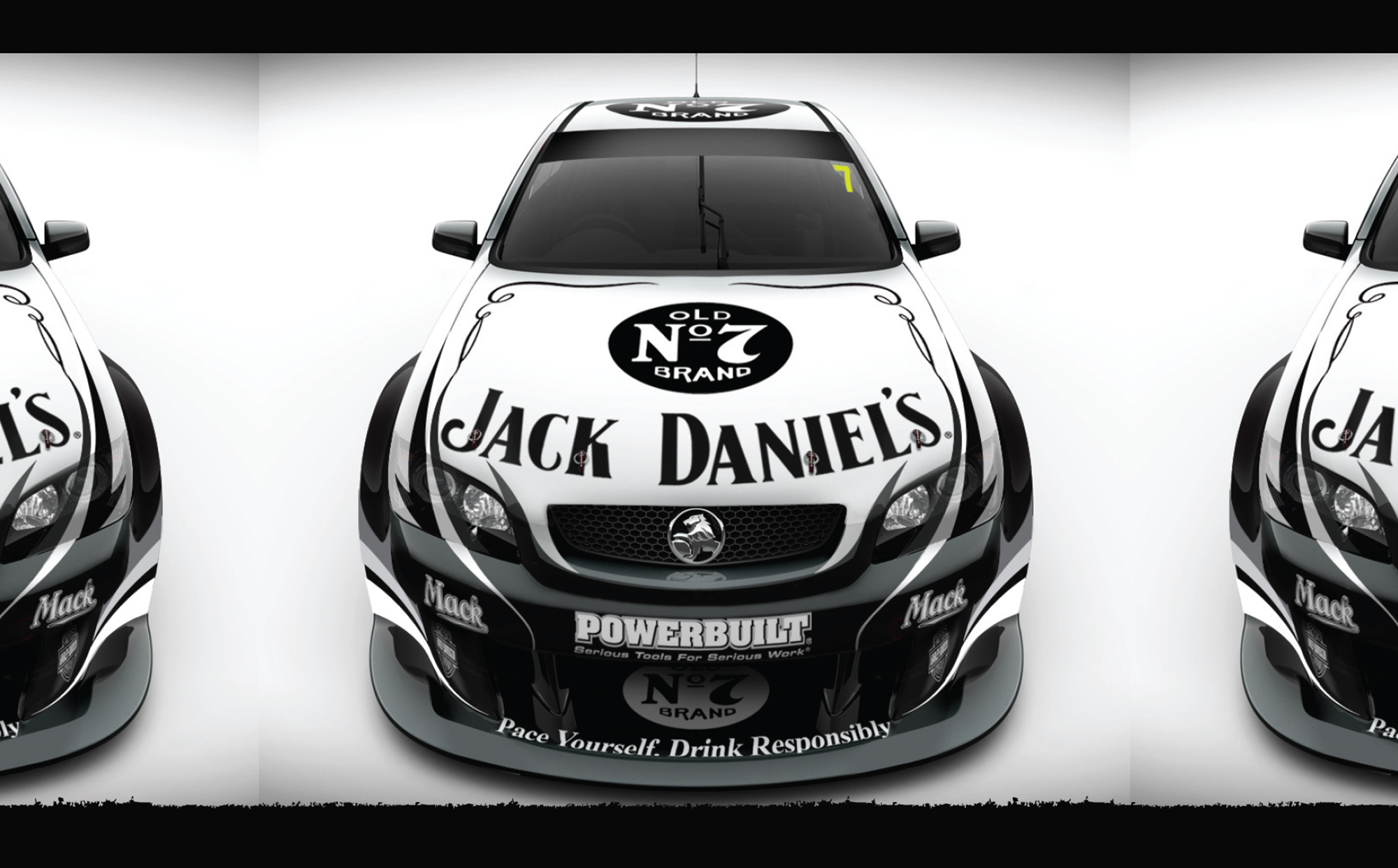 Jack Daniel’s Racing has gone all out with the livery of its new transporter, unveiling a unique ‘wrap’ that imitates a taut-liner trailer pulled back to reveal Todd and Rick Kelly’s Jack Daniel’s Commodores.

The livery is made up of 280 metres of vinyl and required around two litres of ink, all printed on a 1.5 metre wide Océ solvent printer at Kelly Racing’s workshop.

“Finishing the truck this year was a lot of fun and we definitely wanted to do something different,” said Rick Kelly.

“We got our designer, Guy McCutcheon from GM Designs to implement the ideas and marry lots of photos into one and we think it’s worked out really well. “It’s a pretty complicated process but the end results is pretty cool.