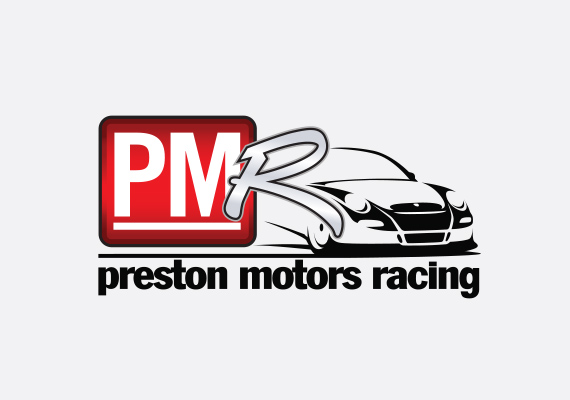 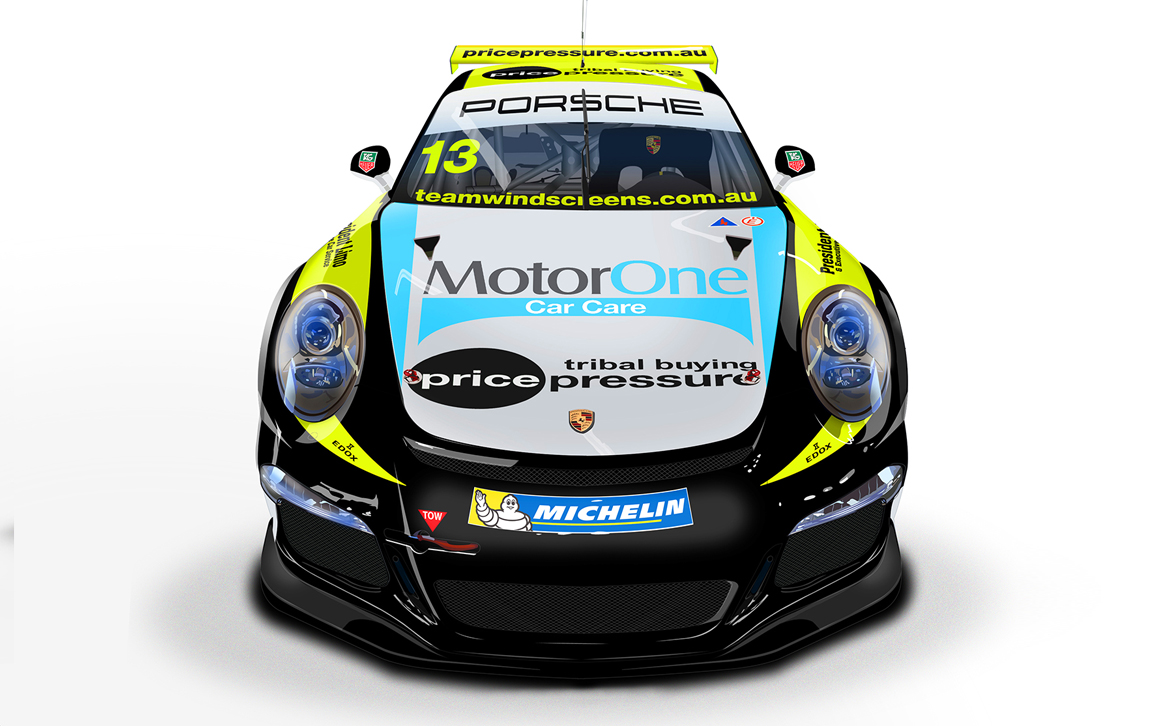 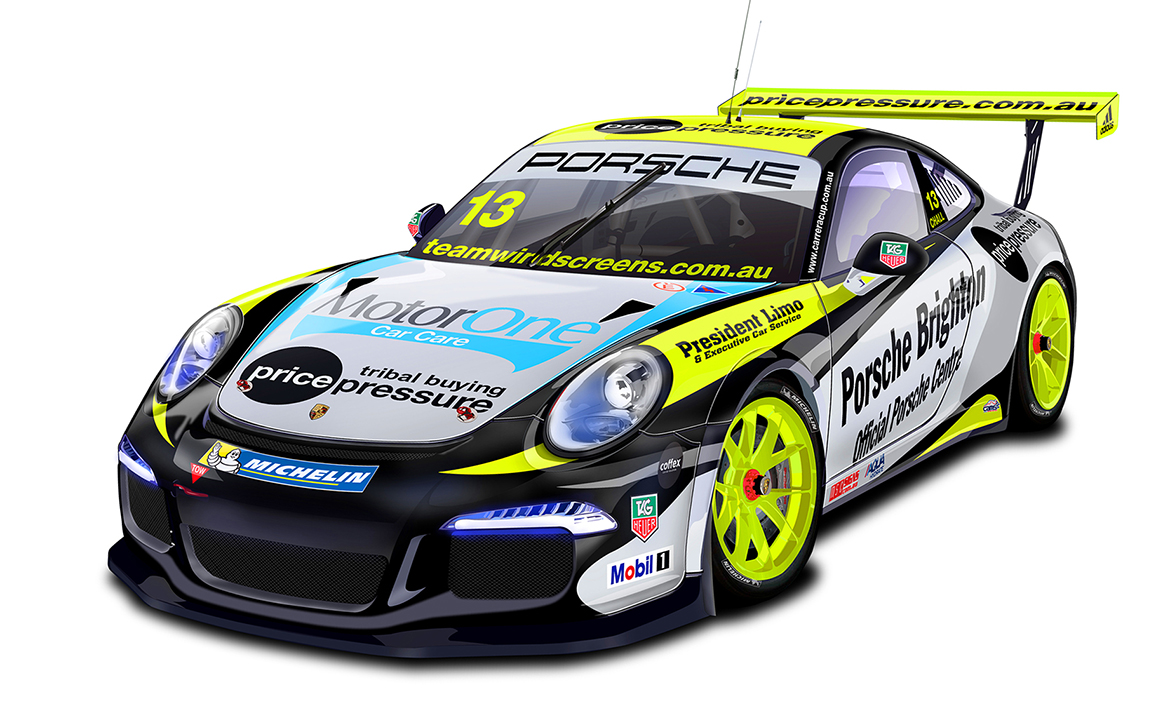 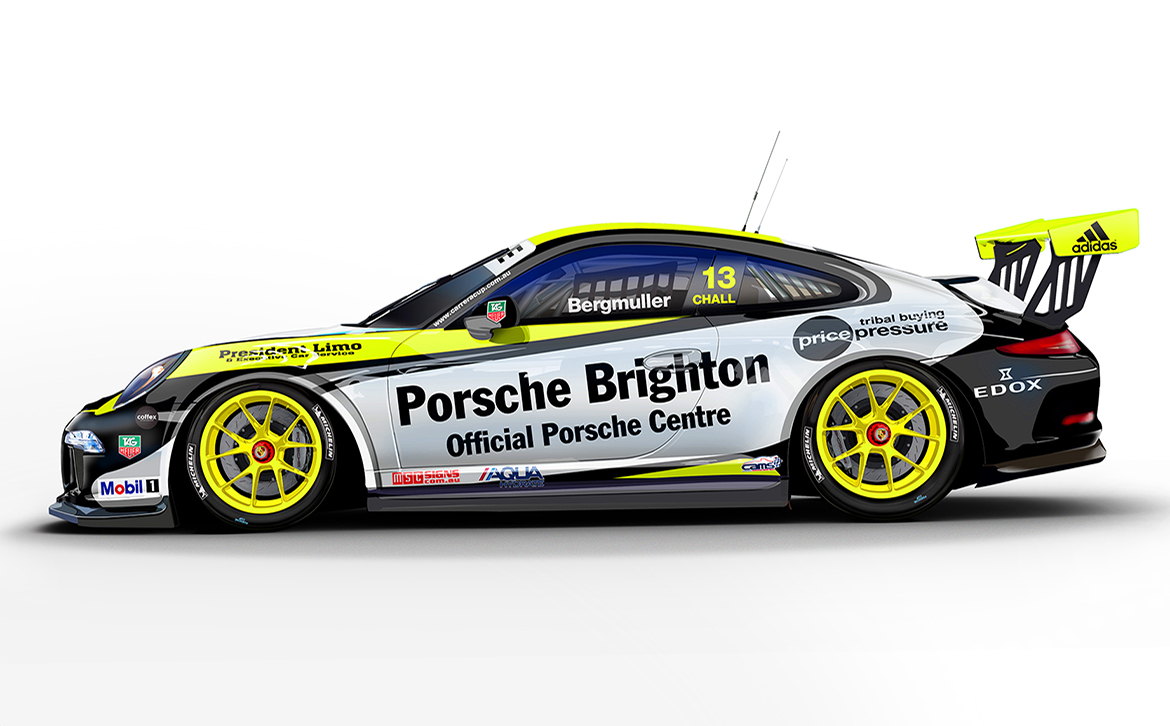 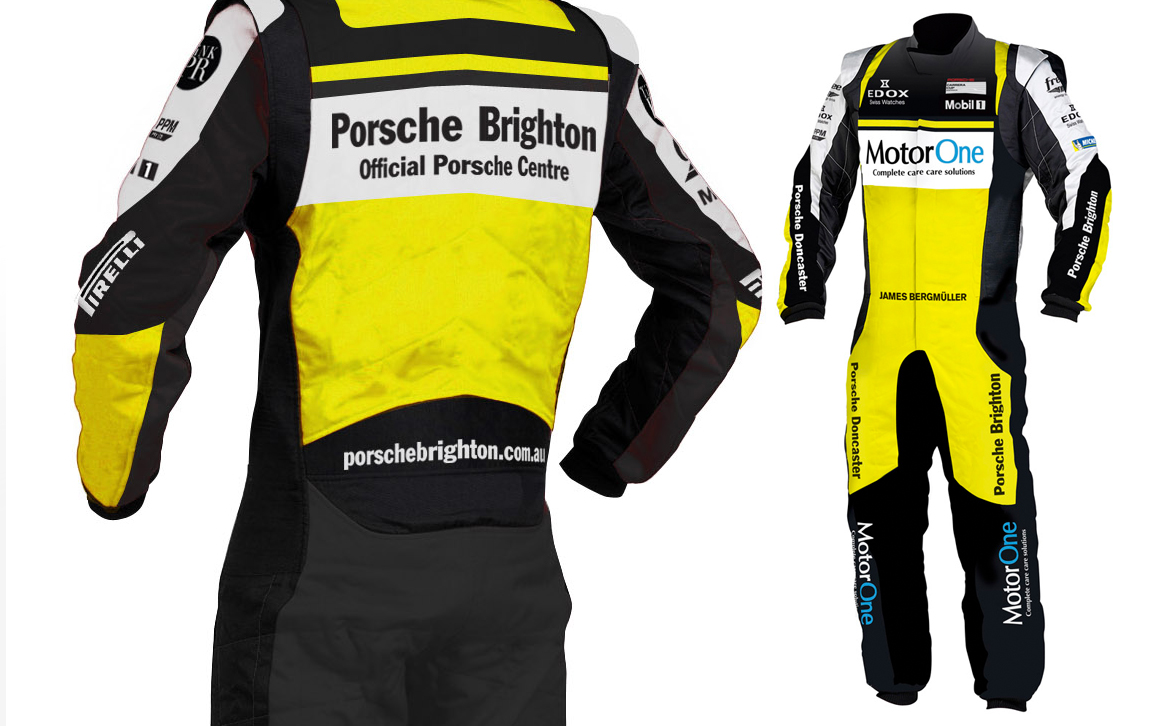 James Bergmuller did not start in the sport of motor racing like many of his competitors, but always had a passion for competitive racing. In 1997 Bergmuller began working in his family’s automotive business, the PM Group. With cars in his blood, Bergmuller found he had a passion and addiction for motor racing.

In 2003, he drove his first race at Queensland Raceway in a 1986 Formula Ford and finished 6th for the round.

Bergmuller went on to have numerous top 10 finishes and at the end of 2007 wanted to move into the V8 Development Series. He began testing then driving for the Tasman Motorsport/Greg Murphy racing team throughout 2008.

His passion for racing escalated along with his performance. In 2008 James Bergmuller competed in the Fujitsu Development Series, finishing 20th overall in the category.

After stepping away from the track to focus on the PM business and his family, Bergmuller returns as the only Porsche Dealer entry in the 2013 Porsche Carrera Cup Series.

Owned by the PM Group, Porsche Centre Brighton has entered the Carrera Cup Car into the 2013 series uniting experience, expertise and passion to form a competitive team.